In Tolkien’s The Lord of the Rings, there are dark forces in the forests. The Huorn are ents become more treeish, gone wild. They can still move and speak, but only with ents. They are vengeful, capable of creating darkness, moving quickly and quietly, and entrapping those who harm trees.

The Huorn are ancient, primeval, old growth; they remember a time when trees ruled Middlearth, before the awakening of elves and the rise of men. The Huorn are still angry at the impact of men and elves and dwarves and orcs on their world, harbouring resentments across the ages. Elves, it seems to me, should be welcome among trees; their only fault was a kinship to men. But I am not a tree.

In The Lord of the Rings, it is the Huorn that Treebeard rouses from Fanghorn Forest, to destroy Isengard. It is the Huorn who come to the aid of the Rohirim at the Battle of the Hornberg when all seems lost, and the Huorn who destroy the Uri-kai attempting to flee to Isengard. It is ultimately the trees that turn the tide, at every crucial point in the story, and save Midddlearth. Afterwards, their work done, they s 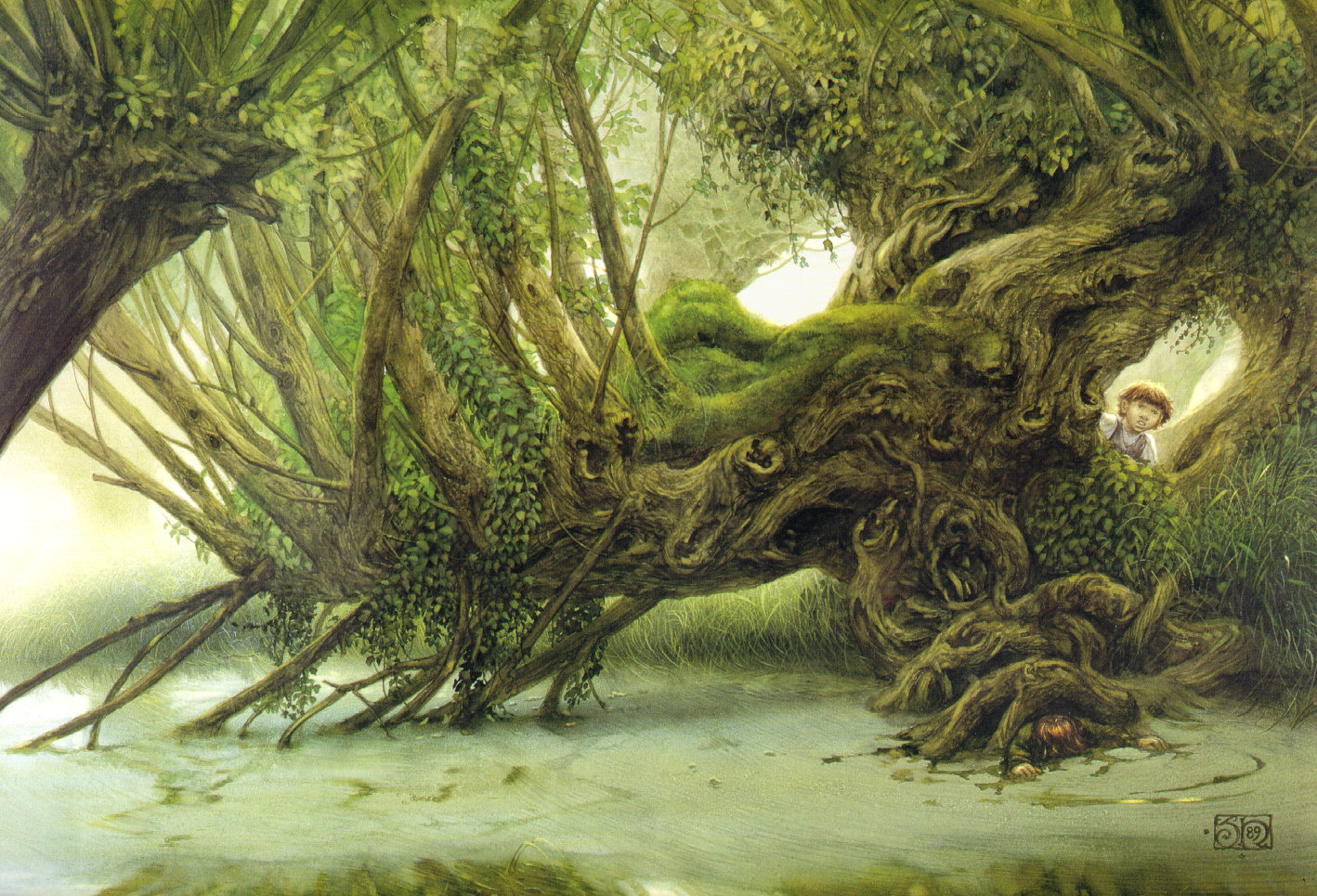 ettle back into tree state.

Old Man Willow, the tree that threw Frodo into the water and trapped Merry and Pippin inside its trunk early in their journey, was a powerful Huorn. Only ancient Tom Bombadil, Master of the Old Forest, was able to sing it down:

Tom’s words laid bare the hearts of the trees and their thoughts, which were often dark and strange, and filled with things that go free upon the earth, gnawing, biting, breaking, hacking, burning: destroyers and usurpers. It was not called the Old Forest without reason, for it was indeed ancient, a survivor of the vast forgotten woods; and in it there lived yet, aging no quicker than the hills, the fathers of the fathers of trees, remembering times when they were lords. The countless years had filled them with pride and rooted wisdom, and with malice. But none were more dangerous than the Great Willow: his heart was rotten, but his strength was green; and he was cunning, and a master of winds, and his song and thought ran through the woods on both sides of the river, His grey thirsty spirit drew power out of the earth and spread like fine root-threads in the ground, and invisible twig-fingers in the air, till it had under its dominion nearly all the trees of the Forest from the Hedge to the Downs (145).

We could do with some Huorn in our world at the moment, and an Old Forest.

I have never felt anything as quick as anger from a tree, although they would have good cause. I on the other hand, am full of rage. If I were to encounter a Huorn, a big old tree gone rogue, we would be terrible. We would rouse each other to fury, to vengefulness, ripping out powerlines and phone towers, pulling up railway lines and highways, squashing flat highrises, minister’s offices and government departments. I would ride high in the Huorn’s branches roaring, my hair aflame, the forests of the world falling in behind us. We would turn back time, descending into chaos and darkness, and the trees would reinherit the earth.

Thankfully, trees only gentle me, give me solace. They try to teach, by example, patience and acceptance. I have wandered the gullies, the seasonal creeks, and leaned against the trunks of the greatest trees in Olvar Wood and felt no malice. They impart only stillness, quiet. As the world burns, dries and dies, and we go on killing it, I hunker down, turn inwards, retreat to the wood.

This entry was posted in Nature Writing and tagged Huorn, inga simpson, nature writing, The Lord of the Rings, Tolkien, trees. Bookmark the permalink.